NITI Aayog in its report, ‘Strategy for New [email protected]’ mooted the creation of AIJS. All India Judicial Services is a reform in the judicial sphere as it will bring in a uniform and centralized recruitment process for the appointment of judges at the lower and subordinate levels and will also solve case pendency at a faster rate. The concept of AIJS was first proposed by the Law Commission in its 14th Report in 1958. The Judicial officers recruited under AIJS will work in a post not inferior to that of the District Judge.

Currently the judges at the lower judiciary are appointed by the State Public Service Commission by conducting exam and the meritorious candidates being selected by the High Court through a proper interview process. But the test will be conducted in four zones as in East,West, North and South. The candidates who clear the pan India test and process will be recruited to the states after being considered in interview by the High Courts and State Governments.

The judges to the High court are also appointed by the President of India based on the recommendations of the collegium which consist of the Chief Justice and two senior- most judges.

Before Independence, Article 254 of the 1935 Act dealt with the appointment of the judges at lower levels which will be done by the governor for a province in consultation with the respective High Court. In High Courts and Supreme Court, the judges were appointed by the Governor General and the Vice Roy. The administration of the justice was initially in the State List as mentioned in the Act of 1935 which also continued in the initial phase of our Constitution. It was later transferred into Concurrent List with the 42nd amendment.

It was after 1990s that we started following a collegium system which consists of the Chief Justice and 4 other senior judges who recommend the names of the judges to the President of India. The collegium varies with the purpose. For instance, for the appointment of judges to SC and HC, there are different collegiums. The President can approve or withstand his/her approval. In case of disapproval, the President can reconsider only at first instance. Thus, the President appoints the Judges of the Supreme Court with respect to the advice of the collegium.

The Chapter 6 of part VI of the Constitution deals with district judges. Under Part VI, Article 233 and 234 prescribes the power of appointment of District Judges and judges belonging to categories less than that of a District Judge in a state respectively.

Every individual state can prescribe its own rule on how a district judge be appointed. The governor will appoint the district judge in consultation with the recommendations of the High Court exercising jurisdiction in that state.

To a post lower than that of the District Judge, the appointment can be made by the State Public Service Commission by conducting various exams. An interview process is also held by the panel of High Court after which the names of the meritorious candidates will be recommended to the governor for appointment.  Thus, Article 234 prescribes for the appointment of judges lower to that of the position of district judge.

Different States follow different methodology of appointment. Is it possible to bring a positive uniform scenario across all the states? How can the appointment process to judges at district level and lower to that in a more credible manner?

Will the appointment of the judicial officers in key positions at the Union level like the IAS and IPS solve this issue? This thought or question remained unimportant as the administrative officers functioned some of the judicial and magisterial functions as well. Thus, the initial governments did not feel the necessity to build a separate cadre for the judicial services. For this reason, when the IAS and IPS etc. were created, IJS was not created.

GENESIS OF ALL INDIA SERVICES

In the year 1951, the All-India Services Act was created under Article 312 under which the Services, the emoluments, the powers, the rights, the protection etc. were mentioned.

Initially, when the Act was brought, there were two Services for bringing in more uniformity which were the Indian Administrative Service (IAS) and the Indian Police Service (IPS). In the later years, the government wanted to bring in more uniformity and to bring the talented pool to the forefront in the administration process of the country. The Act was amended and in 1951 and later in 1962, three more services were created which are Indian Engineers Services (IES), Indian Forest Services (IFS), Indian Medical and Health Services (IMHS). But, only Indian Forest Services was passed. Does amending the All-India Services Act alone be sufficient enough to create a new All-India Judicial Service? How are the Services created? The Constitution of India in Article 312 states that only if the Council of States pass the resolution where 2/3rd of total members of the House should be present and voting can an amendment be done to create a new service. Thus, in 1961 the Rajya Sabha passed the resolution and in 1962 the Act was amended to create IFS (Indian Forest Service). Is it possible to pass a similar resolution to create IJS (Indian Judicial Service)?

HOW CAN AIJS BE CONSTITUTED?

In the year 1958, the Law Commission published a report on Reforms of Judicial Administration which recommended for creation of All-India Judicial Service. In the year 1978 and 1986 again there were recommendations. Similarly, the Parliament, Supreme Court and various other bodies opined for the creation of AIJS (All-India Judicial Services).The Supreme Court in 1992 and 1993 stressed for the establishment of AIJS in All India Judges Association v/s Union of India’ Case and said that the execution of AIJS lies with the central government. In the year 1976, the 42nd Amendment, which is often referred to as Mini Constitution was passed which brought in significant changes on various aspects including the judicial sphere.

The 42nd Amendment provided for the changes in judicial sphere such as,

Earlier there was a provision in the Constitution that the District Judges are to be appointed by the Governor of the State in consultation with the concerned High Court. But, now as it changed to Concurrent list, the laws can be made in such a way for the creation of AIJS and even if it is against the existing provision, it will not be considered an amendment in itself to the Constitution under Article 368.

Such a law can be enacted with a simple majority in both houses of the Parliament.

Why did this complexity arise only in AIJS?

For the creation of other Services such as Indian Forest Service, there was no such Service prior to that. But in Judicial Services, certain procedures were already mentioned in the Constitution which makes it complex. First already a provision was there, now new provisons will take away the rihts of the state.

WHY DO WE NEED AIJS?

The centralized recruitment process especially of District Judges and positions lower to that is seen as a challenge to the federal nature of the country thereby taking away certain powers granted to the states.

There is a concern that it may not address the cultural, regional and language aspect of the people of a particular region.

The regional language used in regular judicial business is an issue for the judicial officers who hail from other states.

In order to create a new Service, an amendment is required in the All India Services Act and then the Subject was changed from State List to the Concurrent list for felicitating the process. Does this stand constitutionally valid? Considerable number of amendments is required to execute the process which may violate the other provisions of the constitution.

It will address the issue of a smaller number of judges appointed and the judge to population ratio can be addressed.

It will provide adequate representation to the marginalized sections of the society.

The percentage of women in Indian Judiciary is comparatively less than that of the developed countries. We have a percentage of 11.5% of women judges in the High Courts while it is four women judges out of 33 in the office in case of Supreme Court. Only 15% are women advocates out of a 1.7 million registered advocates. AIJS give more opportunities for adequate representation of women.

The structured appointment process will draw the talent pool at its best. Making the appointment merit oriented will bring in more trust and confidence from the public.

Transparency in appointment will reduce any kind of corruption and misuse of power.

A consensus can be built through necessary steps for creating an appropriate legislative frame work.

A training session can be set up where the language classes and other training can be given.

A merit-based appointment into judiciary will draw the talent pool of the country and also give adequate representation to women and other minority sections. The regular appointment of the judicial officers to each state in a uniform manner will eventually close all the pending cases by effectively and efficiently delivering justice without any procedural delay.

The creation of All India Judicial Services will be an affirmative step for reforming the Indian Judiciary with its structural and operational limitations. Critically analyze. (250 Words, 15 Marks) 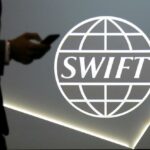 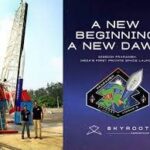